The Shrine of RemembranceEntry courtyard

The Shrine of Remembrance is a war memorial in Melbourne, Victoria, Australia, located in Kings Domain on St Kilda Road. It was built to honour the men and women of Victoria who served in World War I, but is now a memorial to all Australians who have served in war. It is a site of annual observances of ANZAC Day (25 April) and Remembrance Day(11 November) and is one of the largest war memorials in Australia.

The Shrine went through a prolonged process of development which began in 1918 with the initial proposal to build a Victorian memorial. Two committees were formed, the second of which ran a competition for the memorial’s design. The winner was announced in 1922.

Renowned for its architecture the Shrine of Remembrance offers a multi-layered journey rich in meaning and symbology. Set in an elevated position as the centrepiece of the sprawling park lands at the southern end of the city’s cultural precinct, the Shrine provides unrivalled, panoramic views of Melbourne.

A Ray of Light traces its path across the commemorative stone every half hour as it does naturally at 11am on the 11th day of the 11th month each year. Beneath the inner sanctum a labyrinth of galleries unfolds, featuring over 800 artworks, historical artefacts and the personal effects of Australians at war.

With the PreStain Color system SEMCO could give this monument long lasting colour and our industrial grade sealers preserve the structure and protect it from moisture. 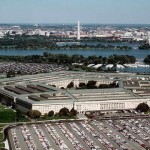 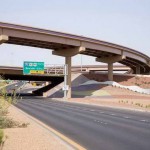